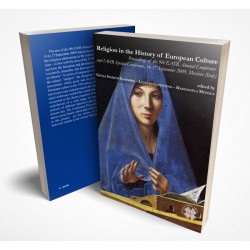 The aim of the 9th EASR Annual Conference held in Messina from 14 to 17 September 2009 was to encourage debate on the role played by the religious phenomena in the cultural history of Europe. At the same time – in line with the aims of the EASR – the intention was to emphasise how the formation and development of the History of religions, as a scientific discipline, has been specifically influenced by its “European identity”. In terms of comparative methodology and its definition of the subject “religion”, the discipline is in fact the result of academic movements which arose and developed within the environment of European culture in the 17th century, although with significant forerunners in previous centuries and in the Greek and Roman world. The Messina Conference tackled the wealth and exceptional variety of the issues connected to the theme proposed from many points of view, with the contribution of a wide range of experiences and methods and the analysis of different historico-cultural contexts, from antiquity to the present day, The Conference Proceedings, relating to all the Sessions and to some Panels which deal with some of the major issues involved in this project, are the witness of the current range of religioushistorical studies in the various Nations of Europe